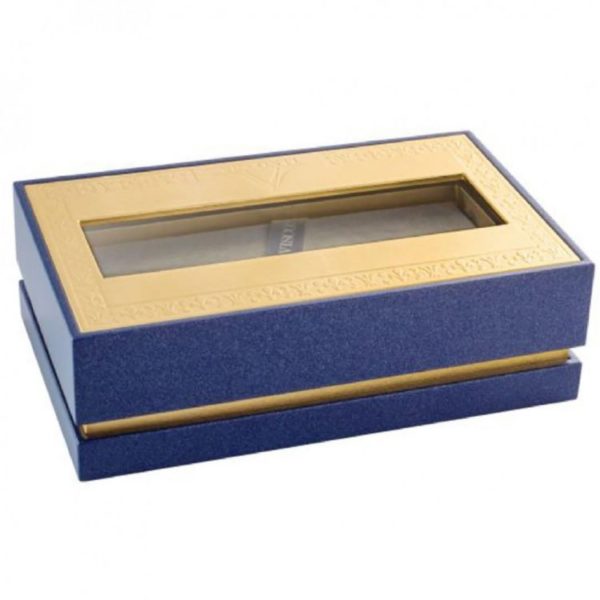 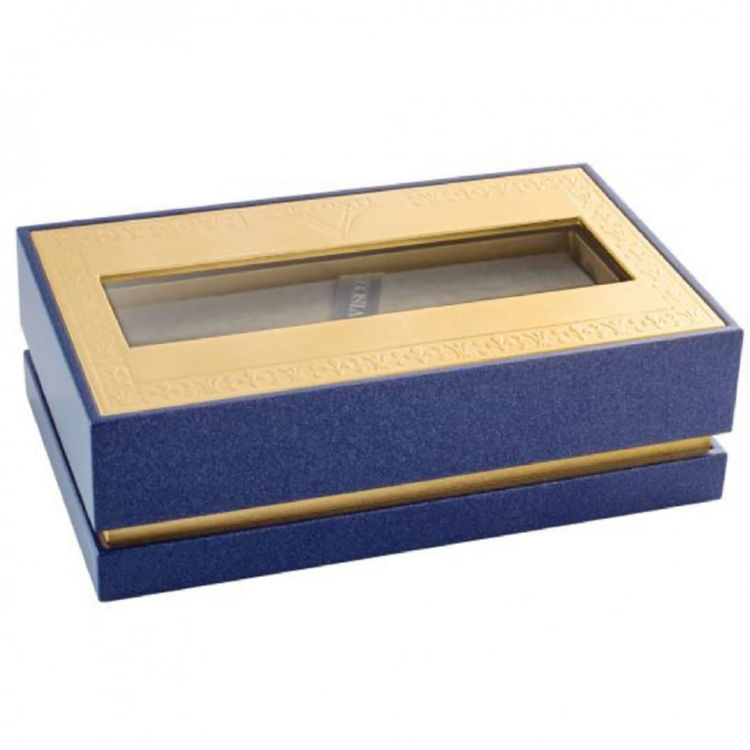 The Visconti Il Magnifico LapisLazzuli Limited Edition Fountain Pen is a tribute to the great Renaissance politician, statesman, poet and patron of the arts,

First the pen:  The Visconti Il Magnifico LapisLazzuli Limited Edition Fountain Pen is limited to 188 pieces each in rollerball and fountain pen, the design similar to the oversize Opera “Squared Circle”.  Cap and section are made from vermeil – gold plated 925 silver.   The barrel is Lapis Lazuli, a much admired stone and pigment in the Renaissance, and particularly popular in Florence.  The decoration on the cap and nib is the emblem of Florence, the Giglio – a stylised iris.   The Visconti Il Magnifico LapisLazzuli has an 18ct gold nib in 4 sizes, Extra Fine to Stub.  It is a heavy pen – 48g uncapped, but experience suggests that it will be exceptionally well balanced.

The man, Lorenzo di Medici(1449-1492), was de facto ruler of Florence from the age of 20, following the death of his father, Piero. The world of Renaissance Italy in the late 15th century was blessed with men of great talent, but was violent and dangerous.

The source of the family’s fortune and influence was the Medici Bank.  The combination of this and their political power within the the city states of Renaissance Italy led to bitter rivalries.  In 1478 the Pazzi Conspiracy, an attempted coup d’etat (which had the clandestine backing of Pope Sixtus IV) saw Lorenzo and his brother Giuliano attacked during High Mass in the Cattedrale di Santa Maria di Foire.  Giulano was killed, but Lorenzo escaped.  The coup failed, but Florence found itself without allies and under threat from the Papal army under the command of the King of Naples.  Lorenzo chose to sail to Naples and give himself up to the King.  Duriing three months captivity he persuaded him to broker a peace, and returned to Florence with his reputation enhanced and power increased.

As well as being courageous man of action, he wrote poetry and was a noted patron of the arts, supporting Botticelli, Leonardo da Vinci and Michelangelo.  The last two were, for a time, part of his household, Michelangelo living as part of the family for five years. Wouldn’t you have loved to listen to the mealtime conversation?

Perhaps surprisingly, he died peacefully in bed.  The Council of Florence offered the following tribute on his death:

“Whereas the foremost man of all this city, the lately deceased Lorenzo de’ Medici, did, during his whole life, neglect no opportunity of protecting, increasing, adorning and raising this city, but was always ready with counsel, authority and painstaking, in thought and deed; shrank from neither trouble nor danger for the good of the state and its freedom….. it has seemed good to the Senate and people of Florence…. to establish a public testimonial of gratitude to the memory of such a man, in order that virtue might not be unhonoured among Florentines, and that, in days to come, other citizens may be incited to serve the commonwealth with might and wisdom.”