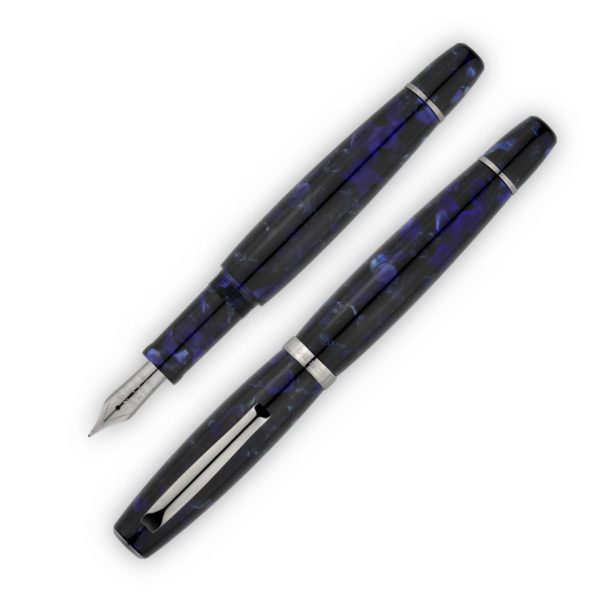 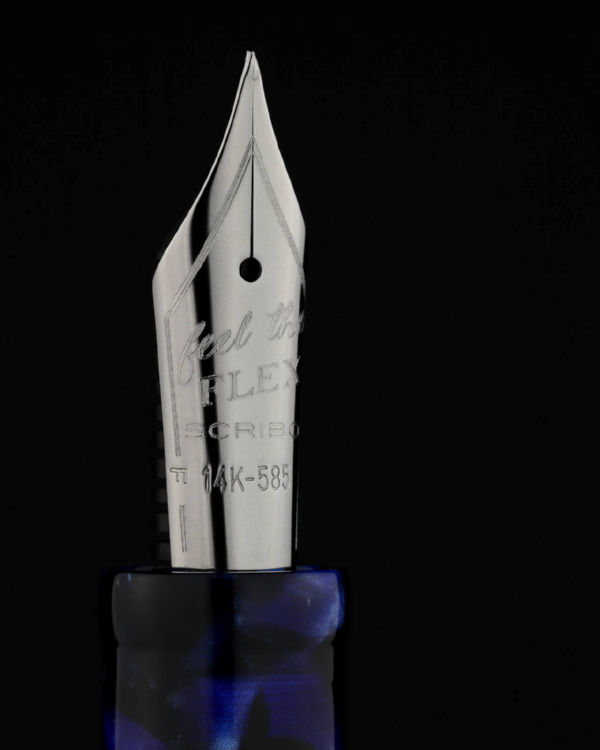 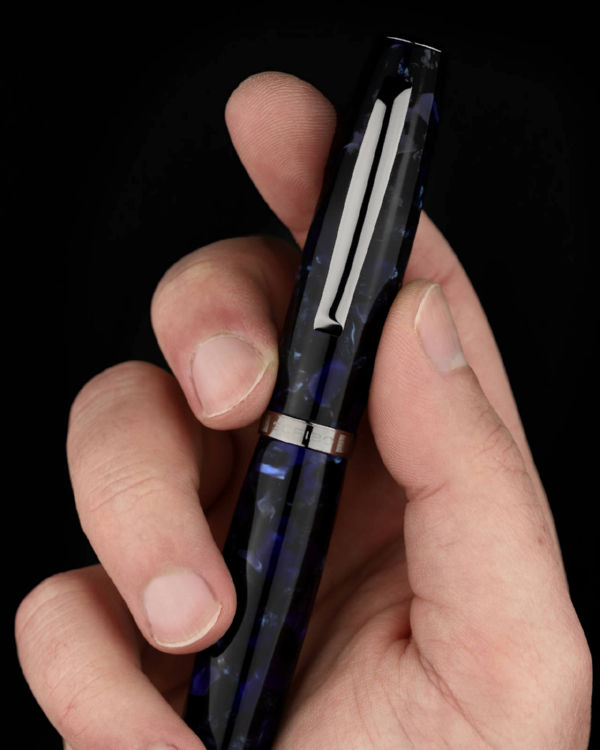 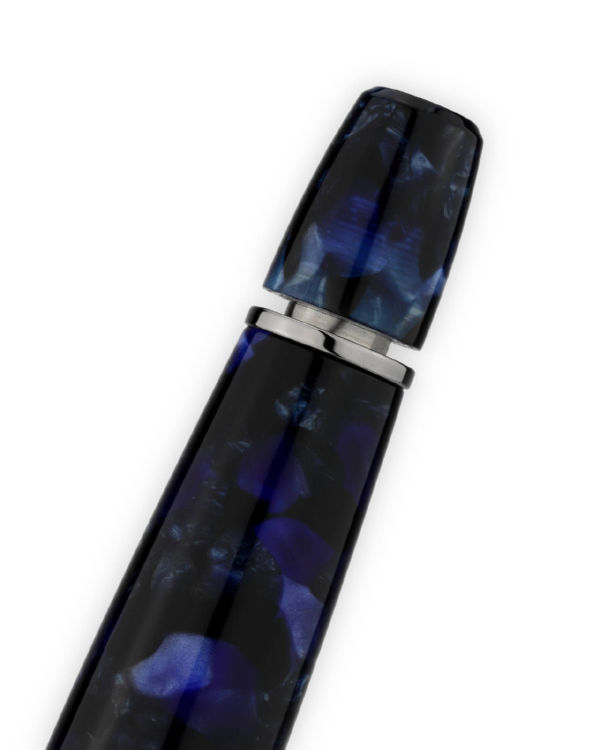 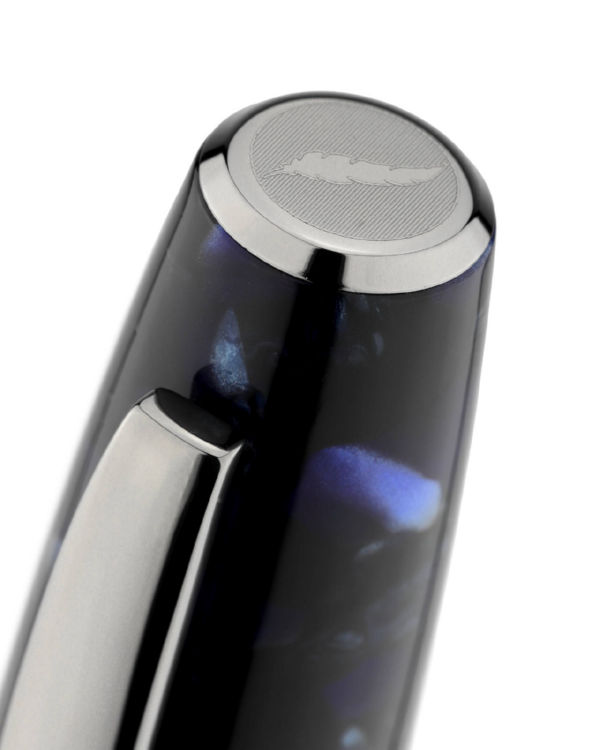 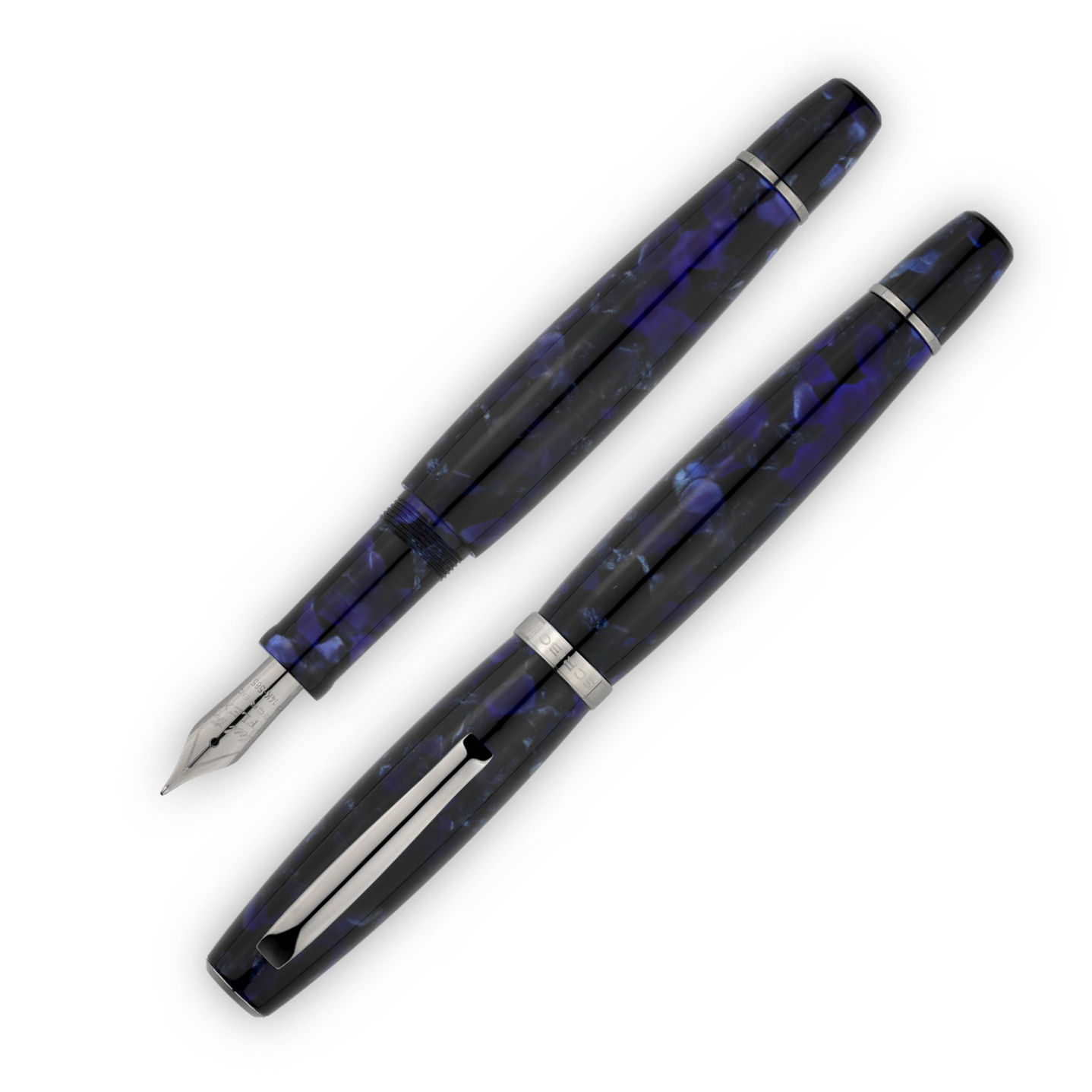 The SCRIBO La Dotta Piella  is a piston filling fountain pen in their series celebrating their home, Bologna – La Dotta (The Learned) so called as it is the home of Europe’s oldest university.  But there is a story, revolving around a hidden waterway in the City.

While walking under the porticoes of Bologna, you can come across a small window able to induce, to
whoever opens it, a sense of wonder. The “finestrella” (little window) is in the  via Piella, one of the many busy little
streets of the city centre. Once opened, it reveals the Moline canal: a watercourse, mostly hidden
underground, which becomes visible in that area of the city flowing among the balconies of the houses. By
looking from that small window you see the typical red of the Bolognese buildings interfacing not only with
the blue of the sky but with another, unexpected, type of blue coming from the light dancing on the water.
You observe Bologna reflecting on a canal that you would have never imagined finding there and you start
to wonder about the beauty of the unforeseen.
To “discover” something means to make it visible, to reveal it, just like when you disclose a beautiful view by
opening an apparently dull, little window. It also means, however, to be able to open yourself to the world
through an attitude of curiosity about the world itself.
It is to the ability to wonder that we dedicate our new two fountain pens from LA DOTTA collection: Piella,
with its mosaic blue, and Moline, with a mother of pearl light blue. Their names and colours – accompanied
by ruthenium trims – refer to the water as a hidden and unexpected treasure of our city, Bologna, once
surrounded by watercourses that are now covered. We have chosen this hidden gem as a symbol of the
importance of letting oneself always be surprised, also, why not, by new writing experiences.
Like the other fountain pens from the collection LA DOTTA, also Piella and Moline are available with different
nibs: the 18-carat gold nib with Extra Extra Fine, Extra Fine, Fine, Medium, Broad and Stub. The exclusive 14-
carat gold Flexible nib is also available in Extra Fine, Fine, Medium and Broad writing.
With only 219 handcrafted pieces for each color, Piella and Moline come with an ebonite feeder and a piston
filling system that guarantees a soft and generous, at the same time precise writing, able to provide a writing
experience of the highest quality.

Rounded shape with emphasis • Color: mosaic blue “Piella” and mother-of-pearl light blue “Moline” • Cap, barrel, knob and nib-holder handmade in natural resin • Clip and metal components with ruthenium trim • Length: 148 mm. – maximum diameter: 16,75 mm. • Exclusive SCRIBO nib made in 18 carat gold or in Flexible 14 carat gold Available sizes for 18 carat nib: Extra Extra Fine, Extra Fine, Fine, Medium, Broad and Stub Available sizes for 14 carat Flex nib: Extra Fine, Fine, Medium and Broad Ebonite feeder ø 6,50 with 2 capillaries Loading capacity: 1,42 ml • Collection packaging made in natural leather and cotton • Limited production of 219 pieces per colour
We use cookies on our website to give you the most relevant experience by remembering your preferences and repeat visits. By clicking “Accept All”, you consent to the use of ALL the cookies. However, you may visit "Cookie Settings" to provide a controlled consent.
Cookie SettingsAccept All
Manage consent