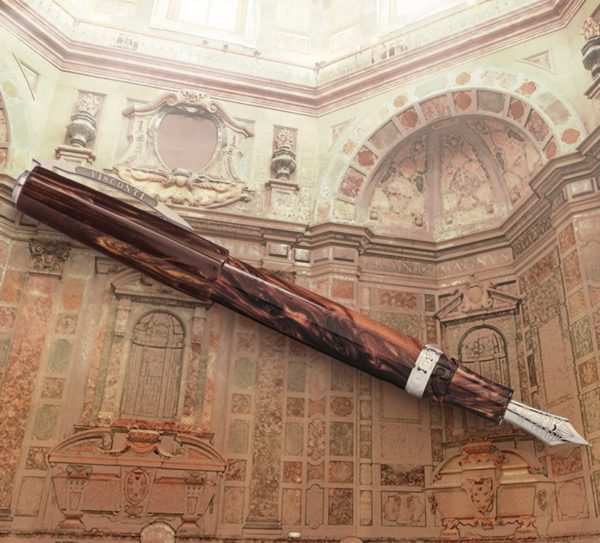 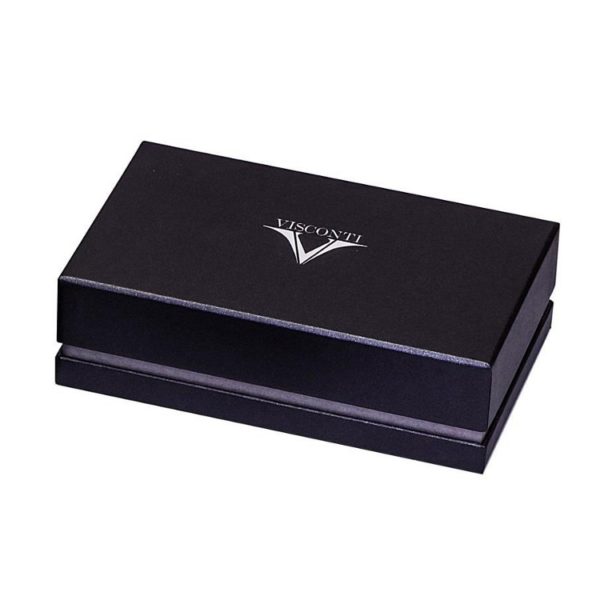 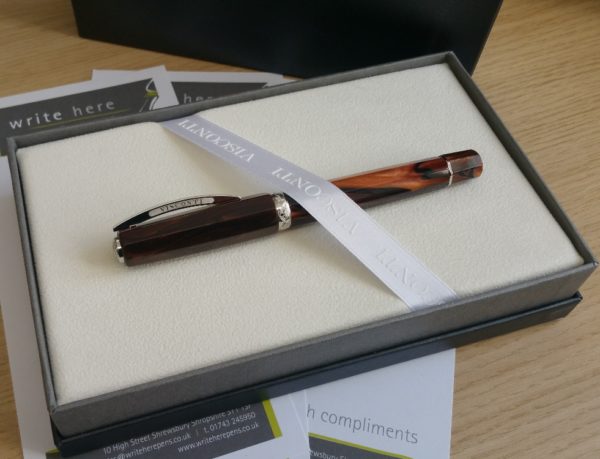 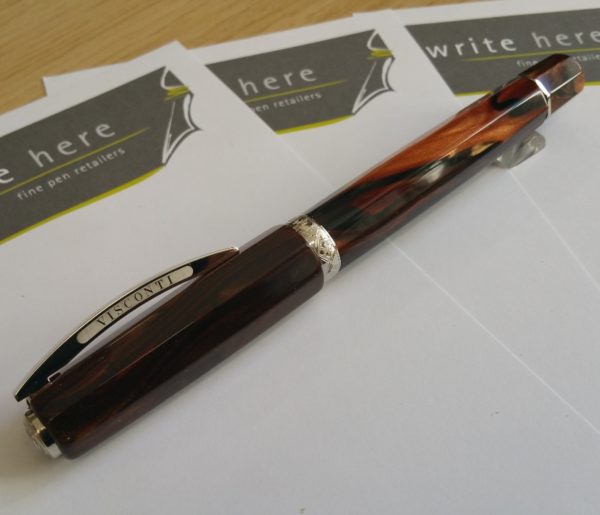 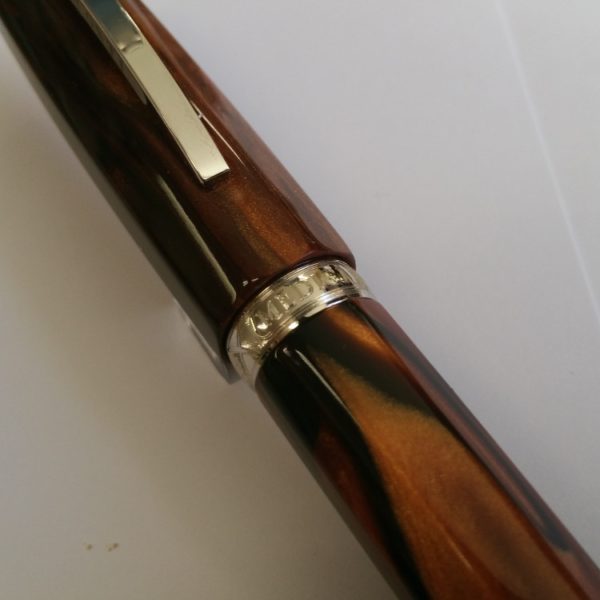 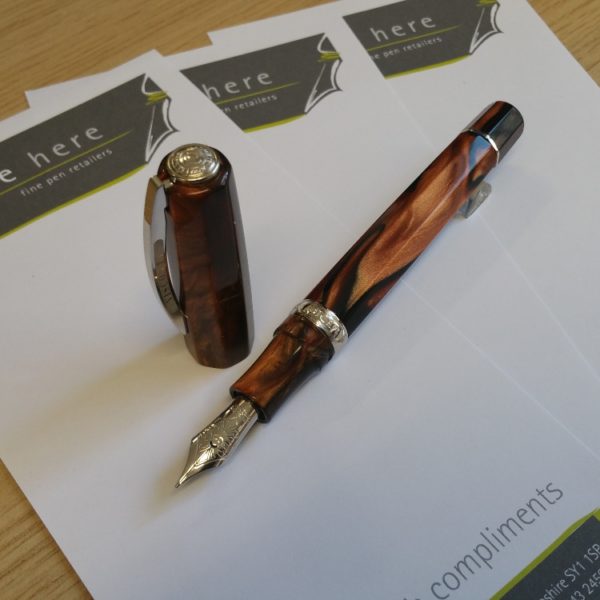 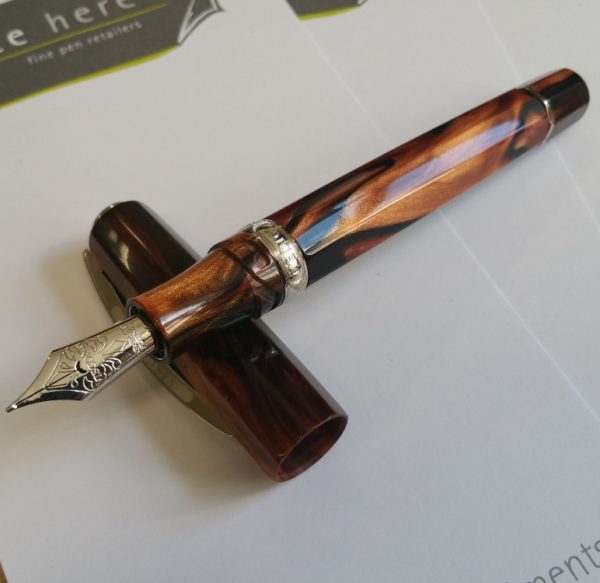 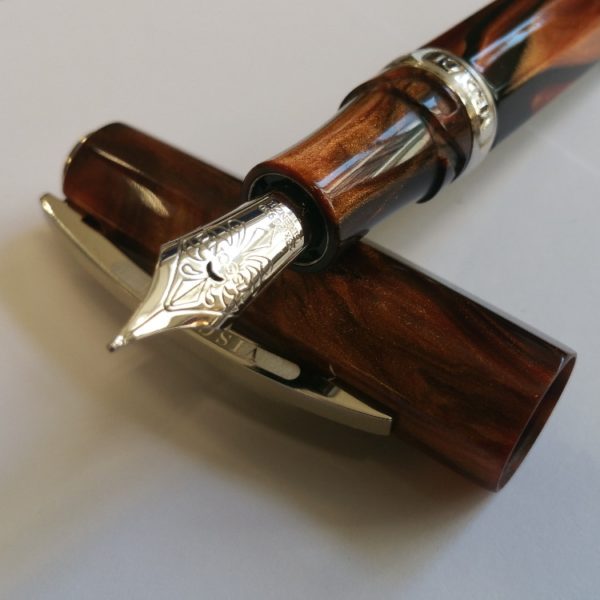 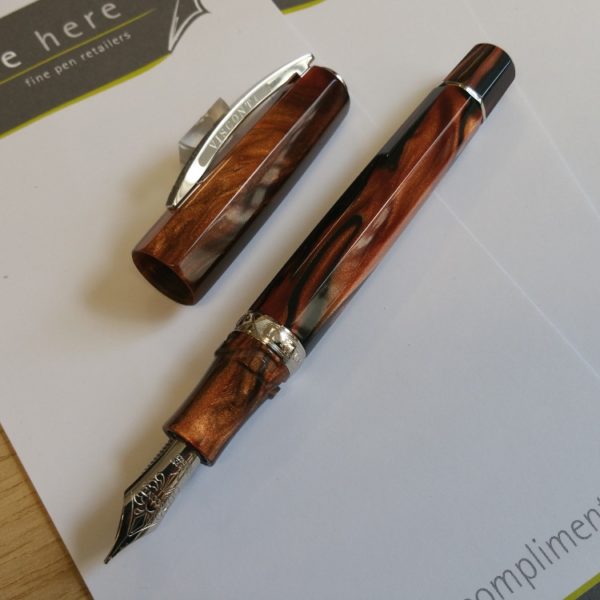 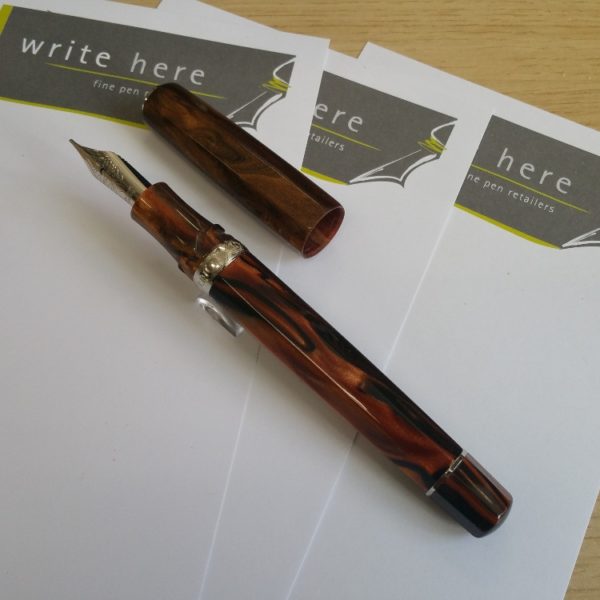 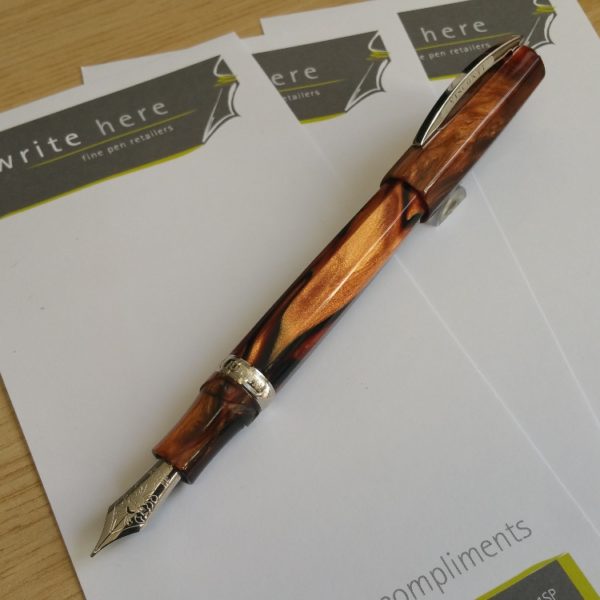 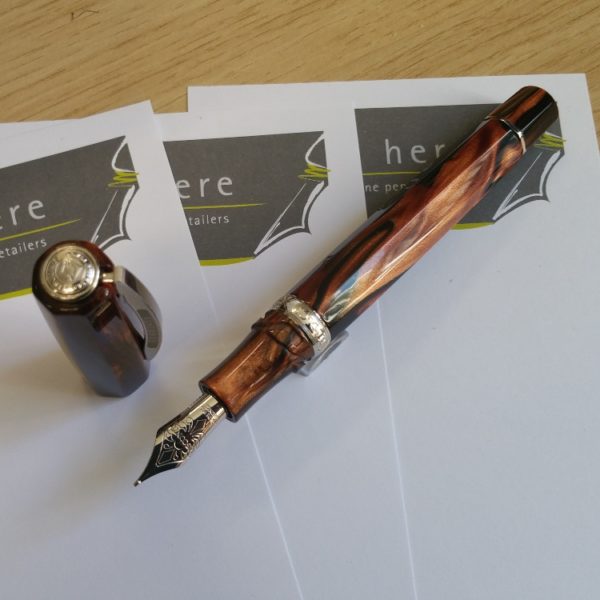 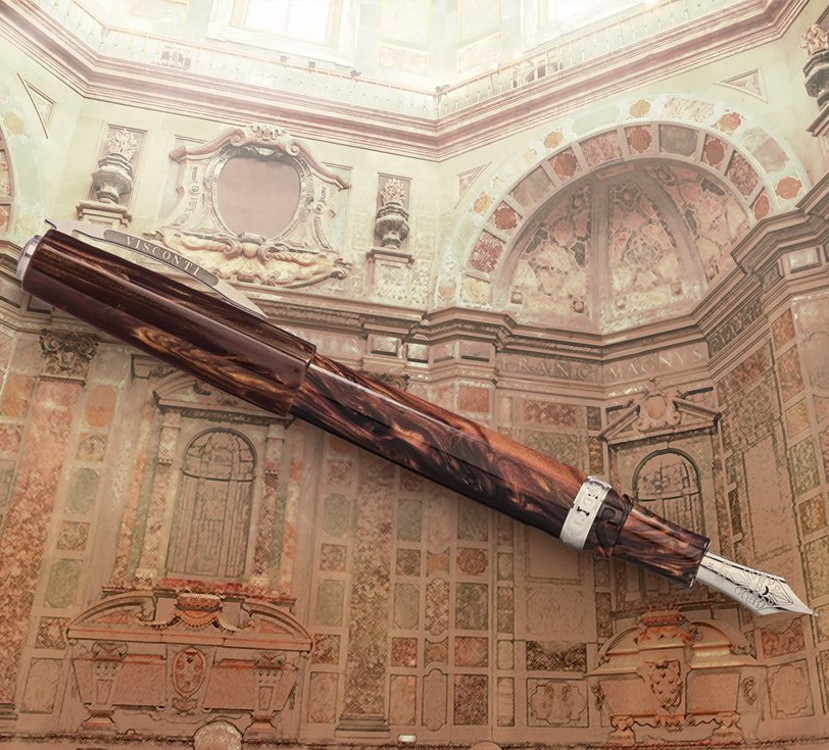 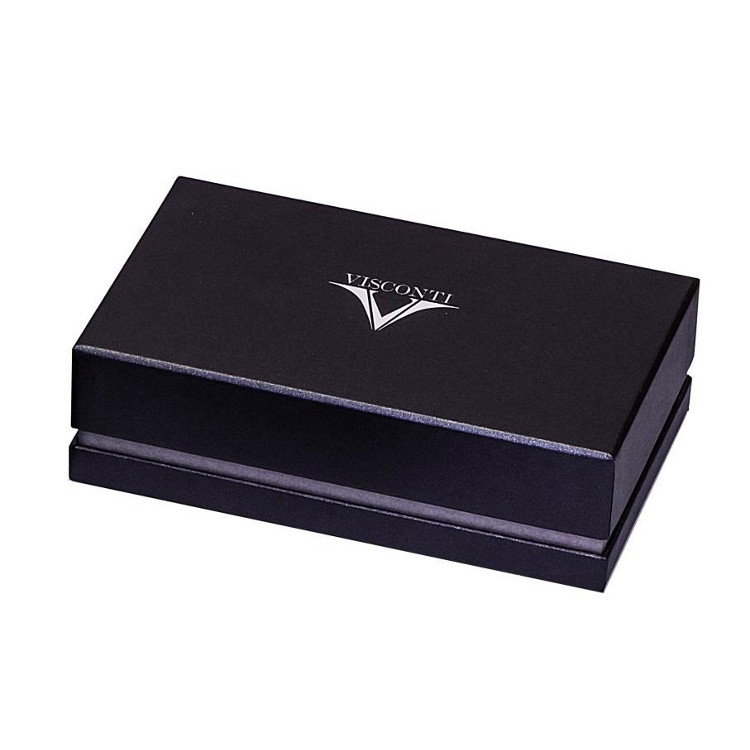 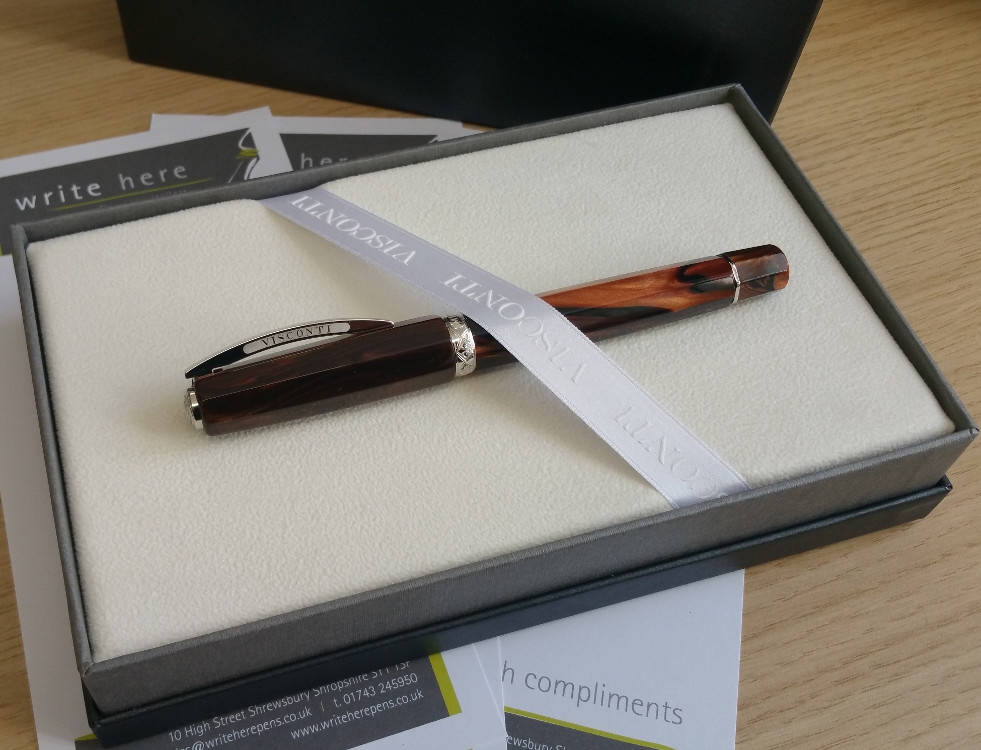 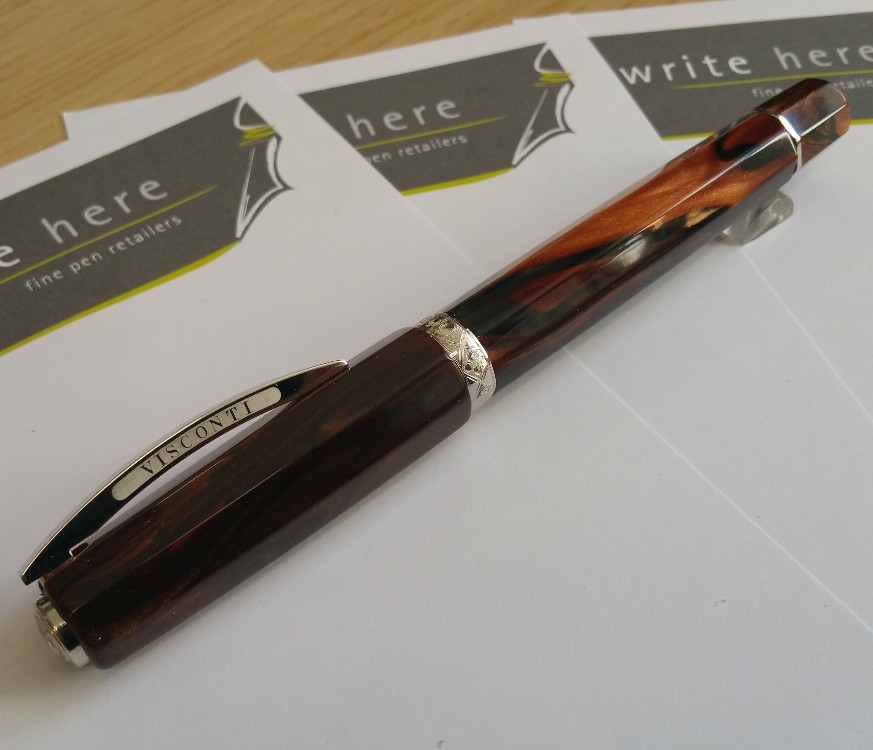 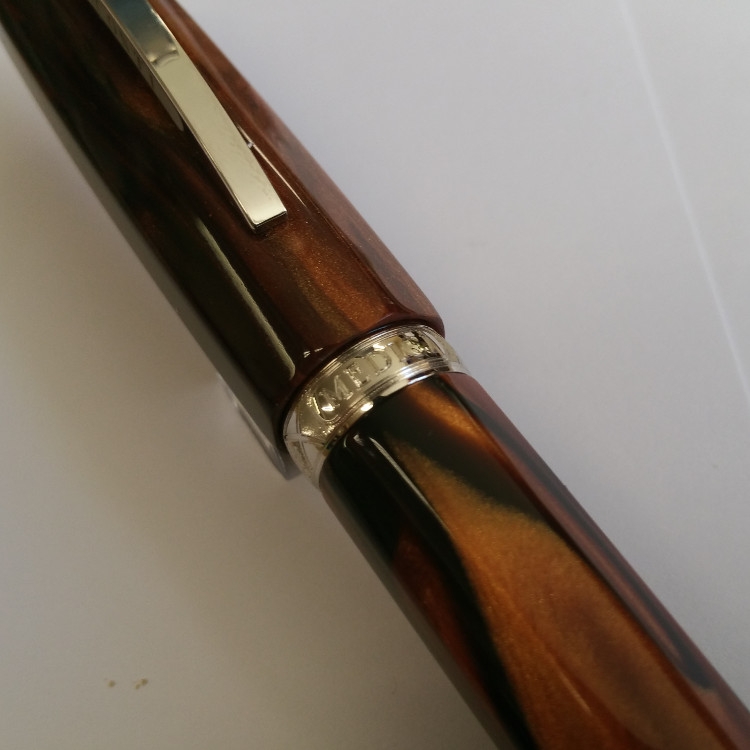 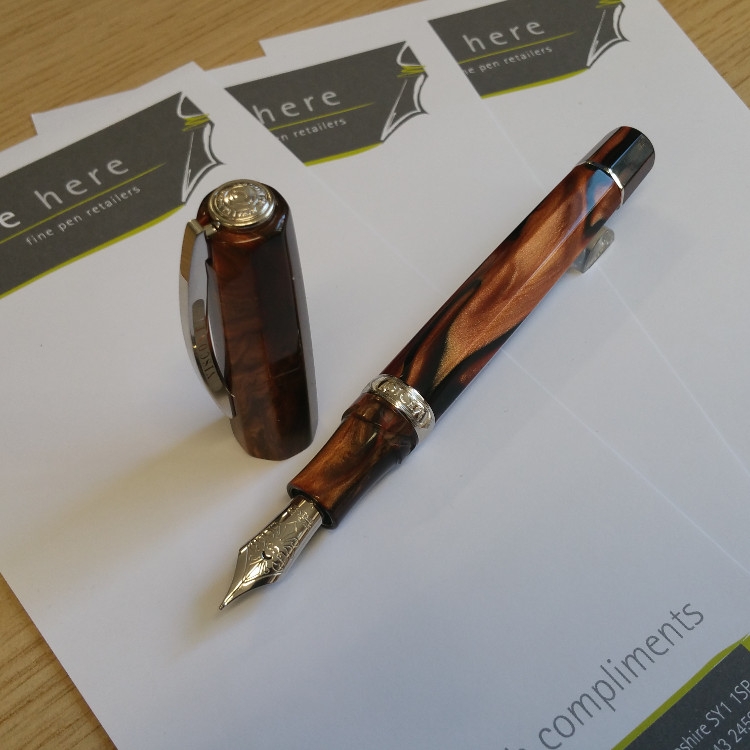 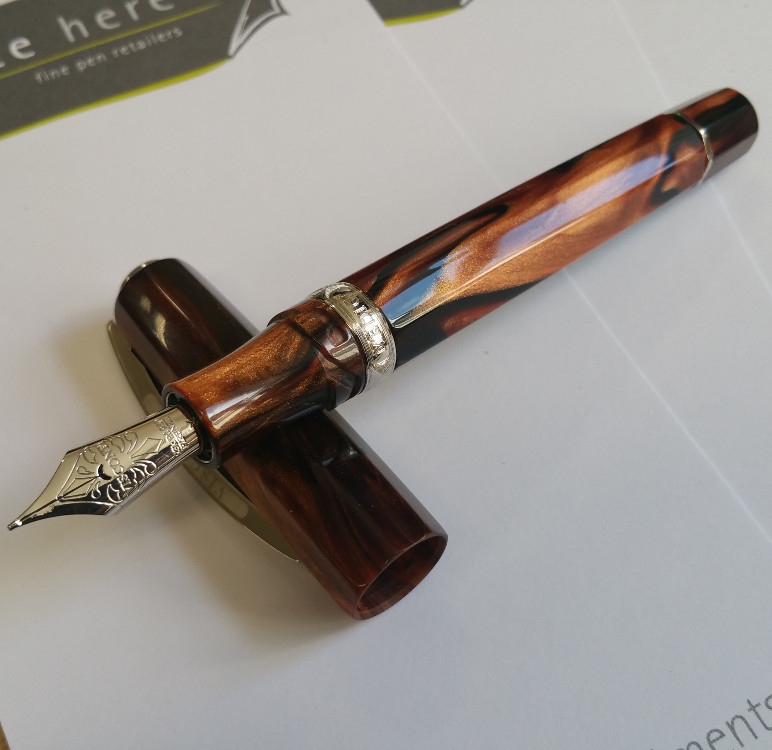 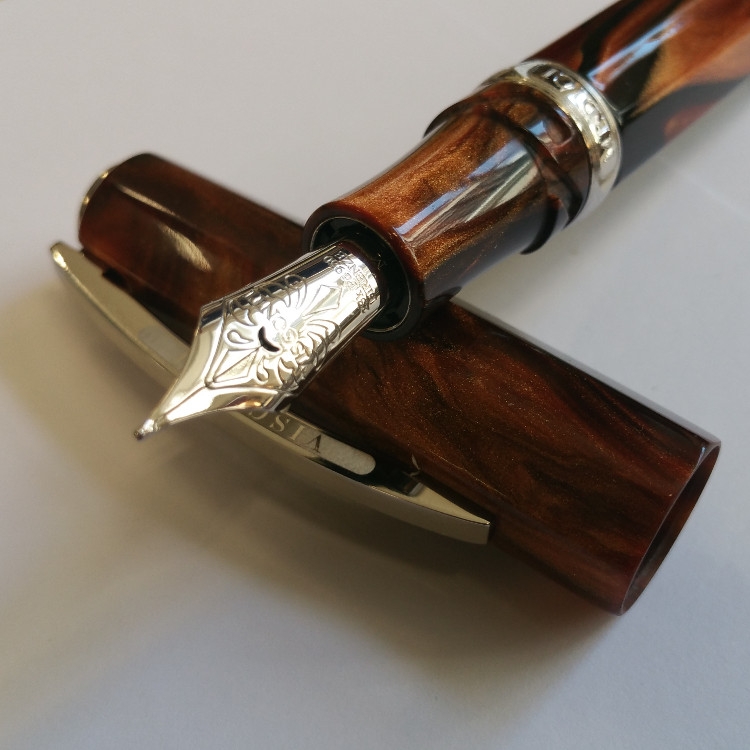 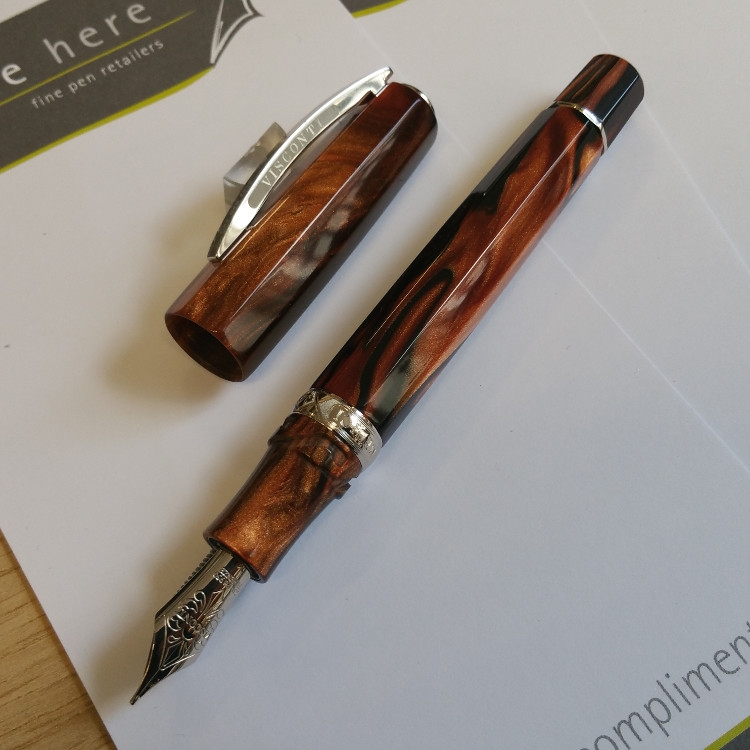 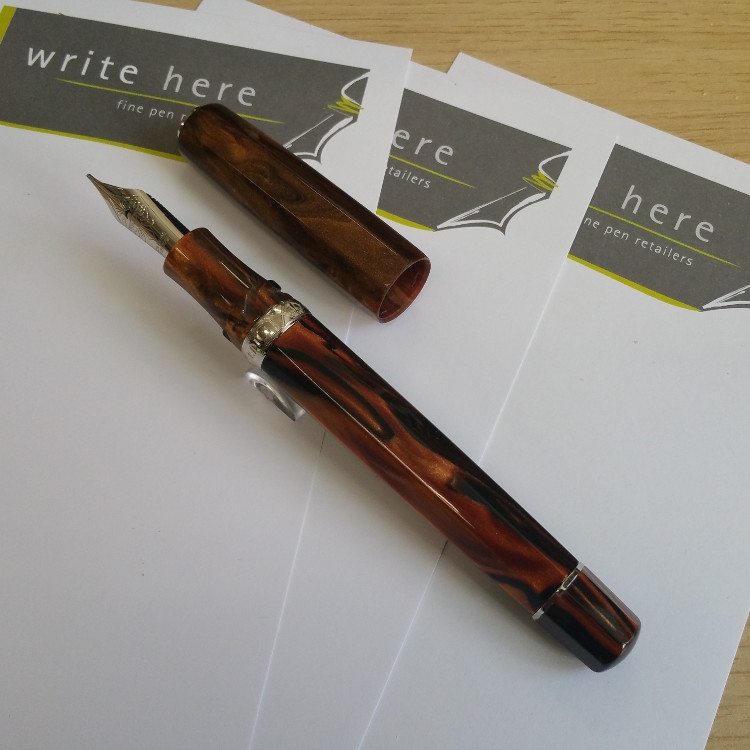 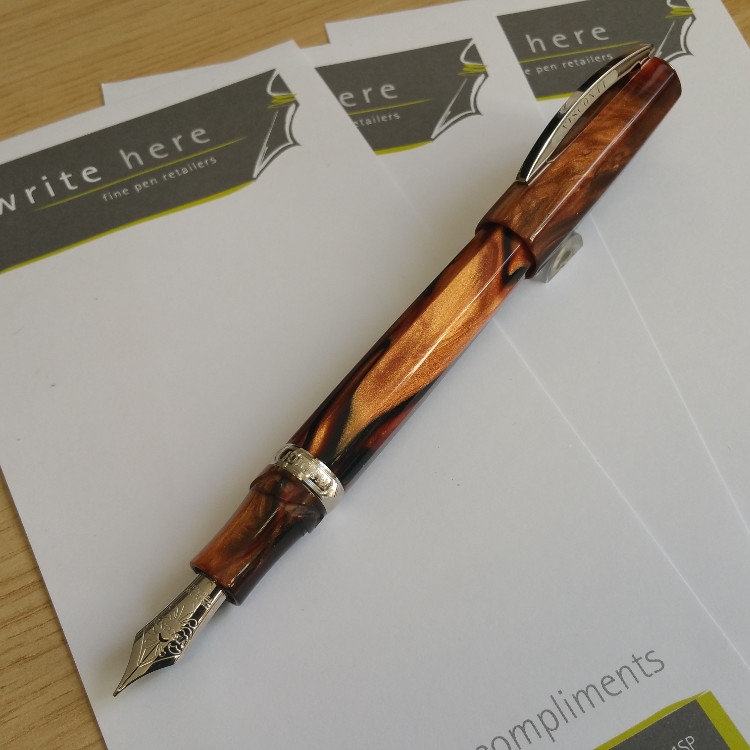 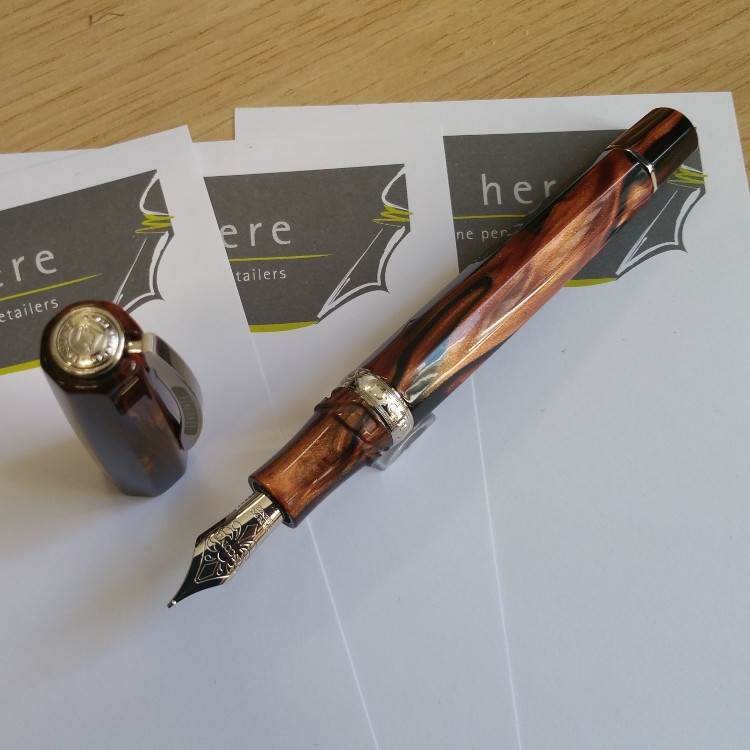 The Visconti Medici Oversize fountain pen is a new departure for Visconti, as it is made of a luxurious new material named Acrosilk which is a combination of acrylic resin and silk fibres that gives a beautifully smooth finish and the delightful briar patterning. The barrel is eight-sided, in imitation of the Baptistry of the cathedral in Florence – the famous Duomo – with which the Medici family has had such close connection through the centuries.

The Visconti Medici fountain pen is large, being in the oversize range, so is impressive to hold and to write with. The pen is trimmed with palladium for the waist band, trade-mark Ponte Vecchio sprung bridge clip, and the two finials (although we understand a version with rose-gold trim are in the offing). The cap finial can, of course, be replaced with your initials under the Visconti “My Pen” system.

Overall, the Visconti Medici pens’ measurements and proportions are based on the Golden Number, or Divine Fraction – like the Divina range before them – that provides such a pleasing ‘rightness’ to the appearance of these writing instruments.

The cap of the Visconti Medici oversize fountain pen uses the “push and twist” bayonet-style lock that keeps the the pen firmly closed when not in use, and while the cap is quite plain with no metal trim apart from the finial and clip, this shows off its eight-sided shape and the delightful briar pattern. Because of the nature of the manufacturing process, the pattern of each writing instrument in the Medici series is unique. This pen is gorgeous to look at and impressively comfortable to write with – the style unmistakably says that this writing instrument is made in Italy!

The nib of the Visconti Medici fountain pen is in 23kt palladium, and is available in Fine, Medium and Broad. Extra-Fine and 1.3 stub nibs are also available, but at an extra cost.

Write Here are delighted to be able to offer this pen for sale online from our shop in Shrewsbury, in the UK. These pens are dispatched in Visconti No2 presentation box (pictured).