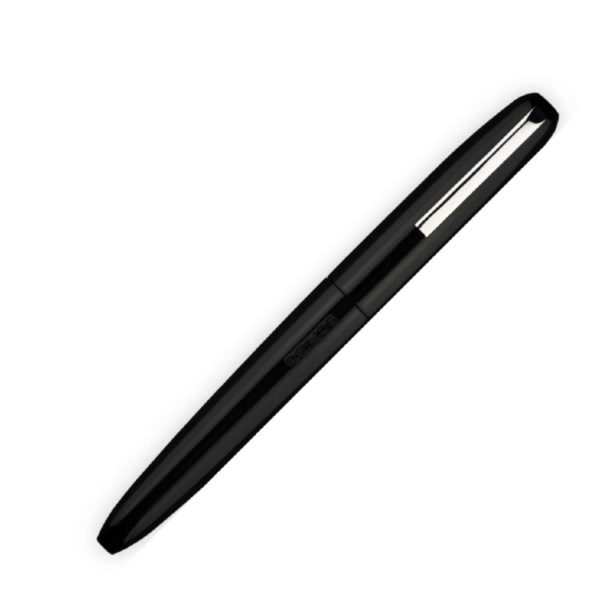 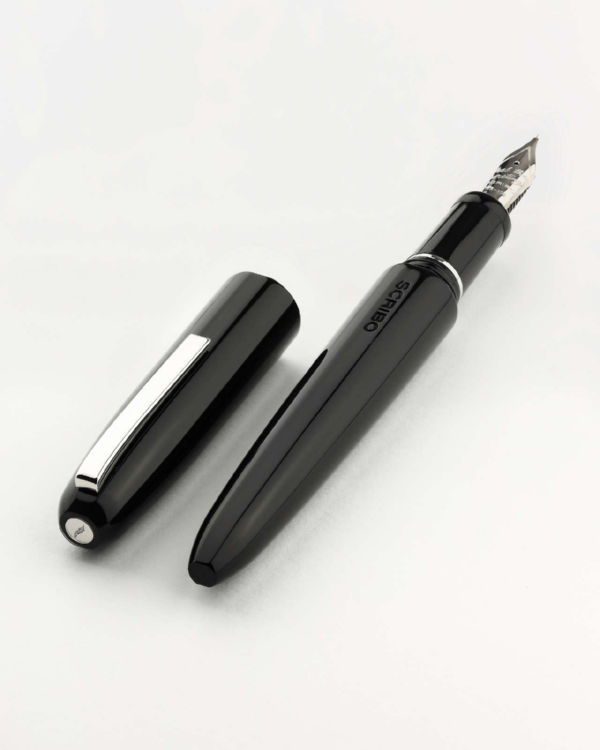 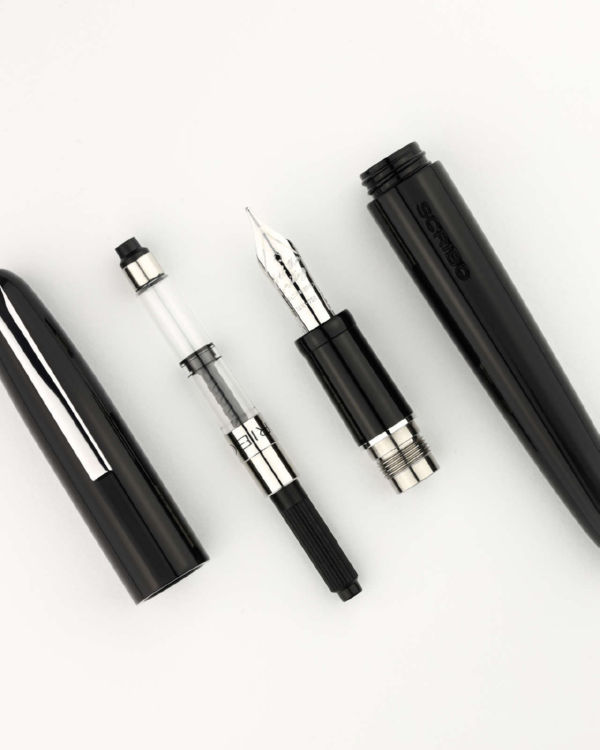 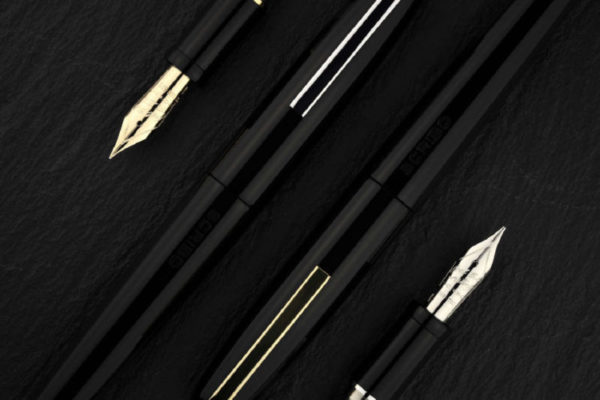 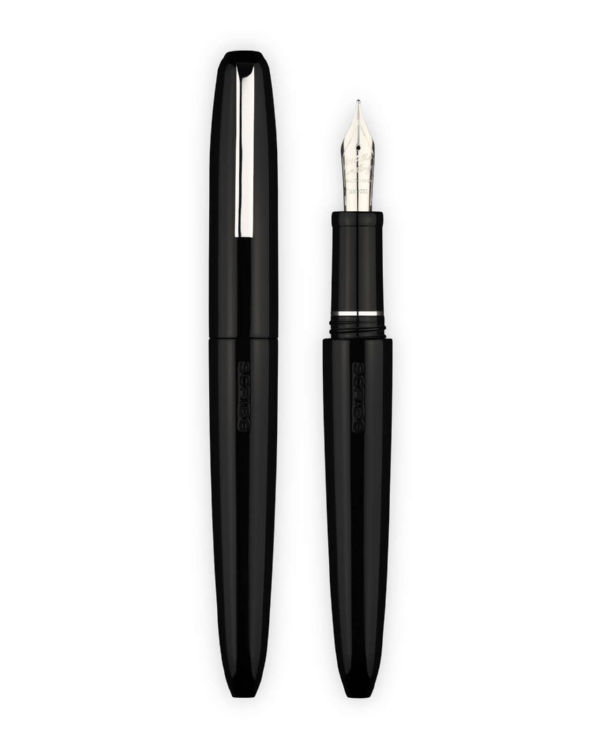 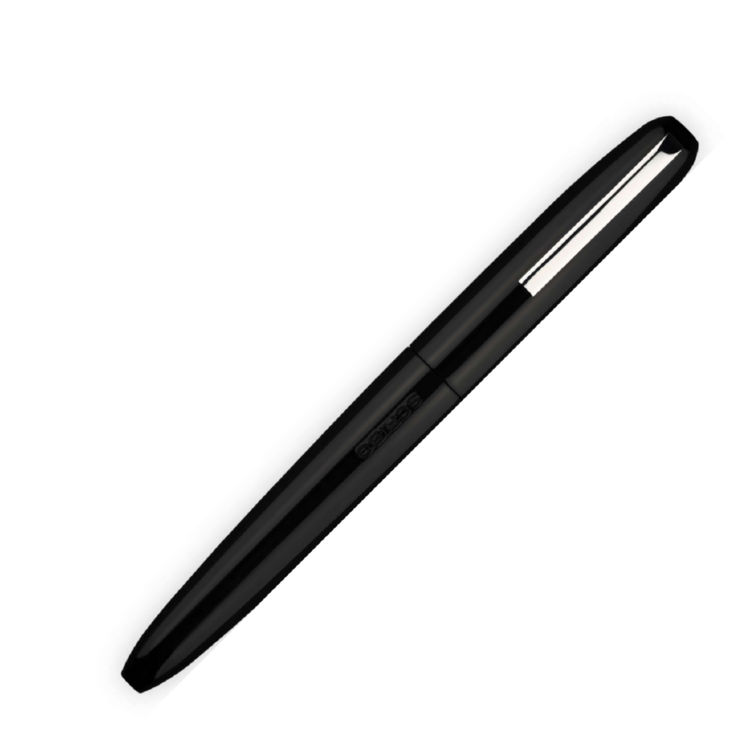 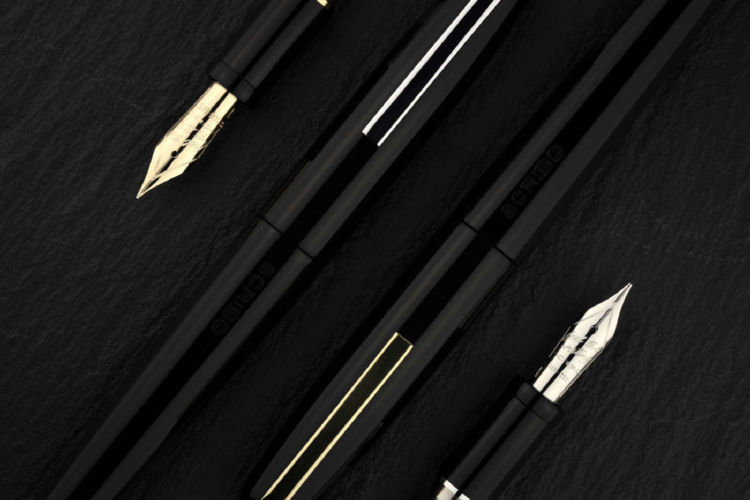 Assenza – Italian for “absence”, in this case the absence of colour on this deep black cartridge converter fountain pen.

There is something special about the black color. Black makes us immediately think about the depths of both the universe and the mind, about something that is “obscure” because it is unknown, yet to discover. After the rain, we do not see black among the shades of a rainbow. In fact, black differs from all the other colours because they are a product of light: we see the red of an apple because its surface absorbs all the light waves except for red itself, reflecting it and returning it to our eyes. In this way, black contains a paradox: it is a color and, at the same time, it is not, as black is not generated by the reflection of light, coming instead from its absence.

Thus it is the absence of light, the lack of clarity and definition that unleashes the depth and richness typical of the black color. This fascinating and particular color reminds us that the absence of something is not only a flaw or a fault, as it can also be considered as a possibility: absence is a space to be filled, black like flowing ink, where everything is still to be done, still to be written. Absence is an empty dimension of absolute freedom, able to generate infinite possible paths, from both a personal and an artistic point of view. A place where creative strength and imagination find their home.

Absence or even worse, emptiness, generates that vertigo that allows us to take the leap necessary to discover something. They are the conditions for a creative process that is worthy of that name to start, representing a space that is still open, not explored yet and, therefore, unlimited.

It is precisely by navigating this darkness that, at some point, a light turns on. This is the moment in which an intuition comes, when an idea manifests itself as an initial vision, perhaps unfinished, not clear, from which however the indistinct begins to define itself. The connections, previously unconceivable, take shape. A path begins to show: we can only catch a glance of its junctions for now, but we decide to follow it.

For an always possible new beginning, in which black begins to be joined by something else: white, light, creativity.

Scritturio Bolognese Piuma Weight: Total 29.3g Cap 10.6g Body 18.6g Length: Capped 14.5cm Open 13.5cm Posted 17.5cm   Cartridge/converter ink filling system Collection packaging made in natural leather and cotton
We use cookies on our website to give you the most relevant experience by remembering your preferences and repeat visits. By clicking “Accept All”, you consent to the use of ALL the cookies. However, you may visit "Cookie Settings" to provide a controlled consent.
Cookie SettingsAccept All
Manage consent