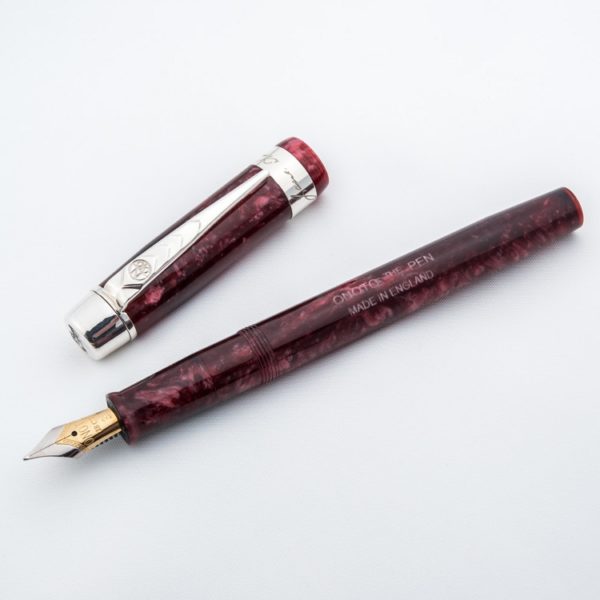 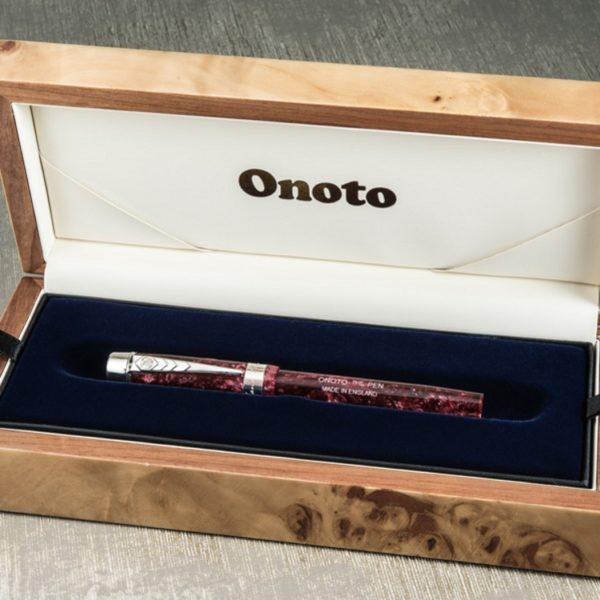 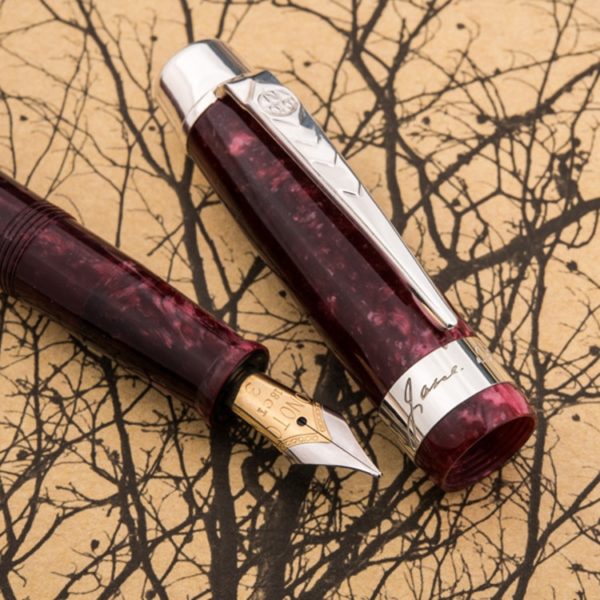 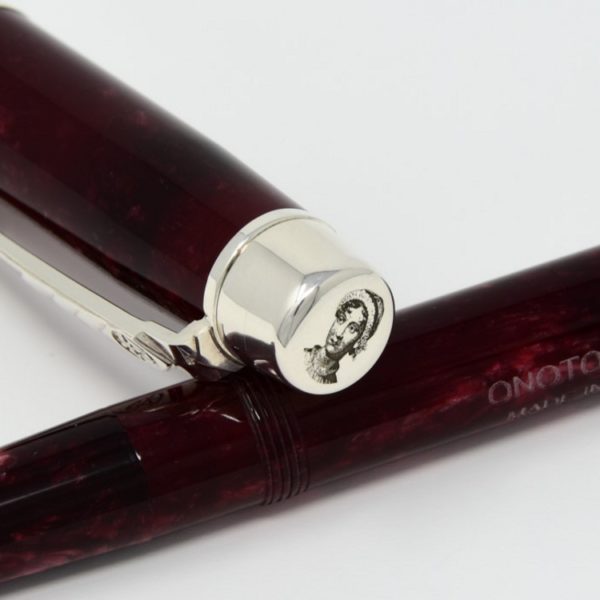 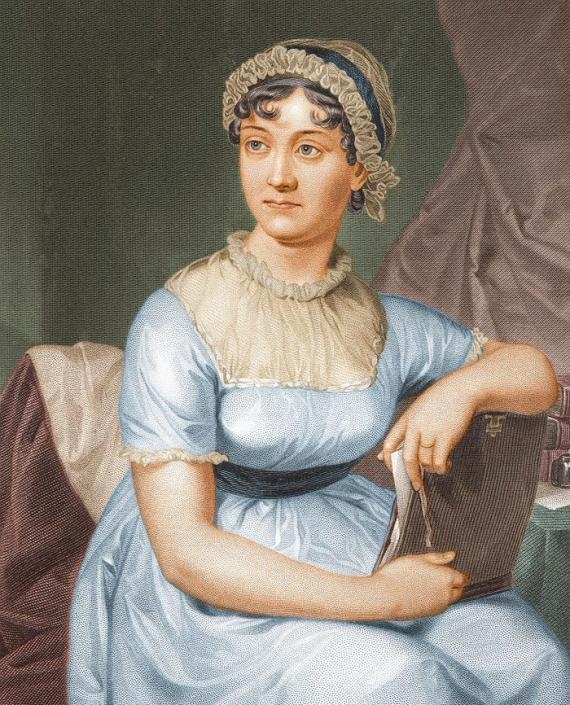 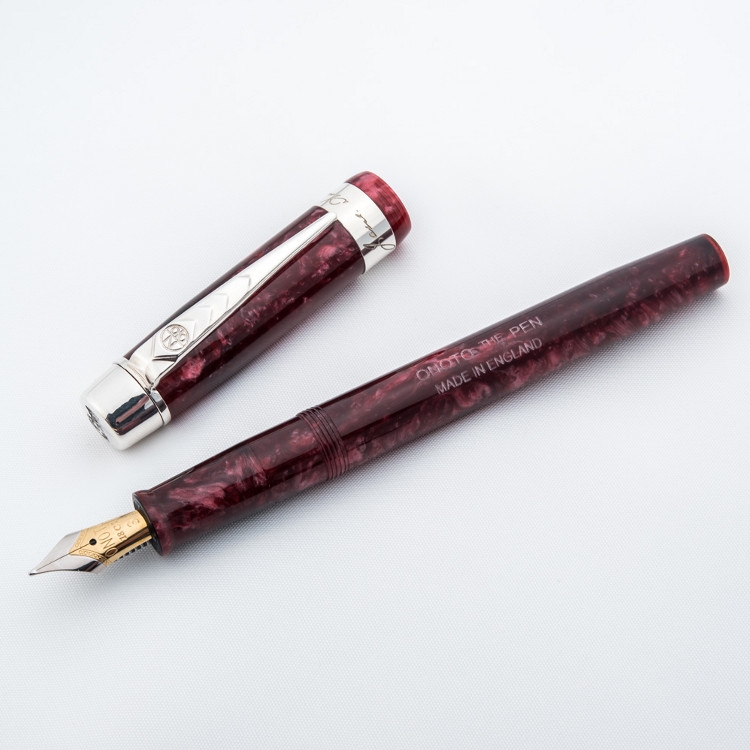 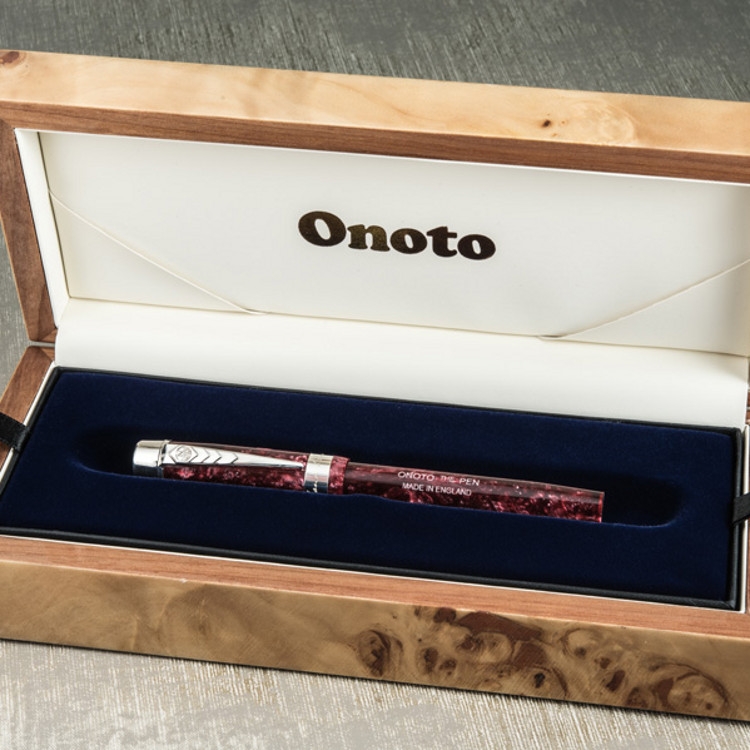 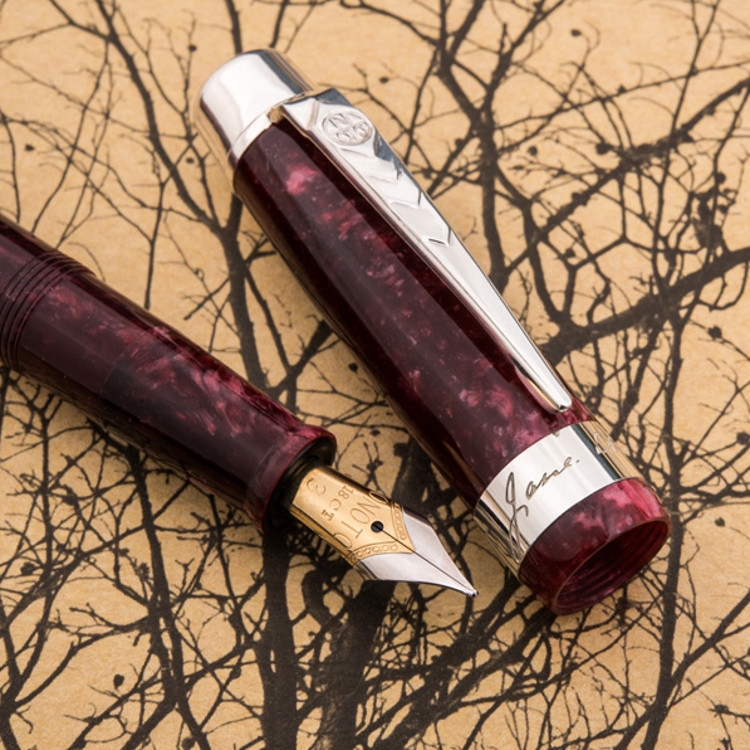 It is a truth universally acknowledged, that a single man in possession of a good fortune, must be in want of a really good fountain pen.

The Onoto Jane Austen pen is the member of Onoto’s Excel range that celebrates the enormous contribution that Jane Austen’s literary works have made to English literature and, indeed, to our lives. This pen commemorates the author of Emma, Sense and Sensibility, Northanger Abbey, and, of course, Pride and Prejudice.

Made of durable acrylic resin, the Onoto Excel Jane Austen fountain pen is part of a range of pens slightly smaller and lighter than their signature Magna pens, and as such is suitable for people with smaller hands.

Despite being a part of the Excel range, though, the Onoto Jane Austen foutain pen stands alone. The cap and barrel are made in Onoto’s beautiful multi-colour resin, patterned in swirling colour, which in the Jane Austen are a beautiful mixture of maroon and dark and light purple.

The Onoto Excel Jane Austen fountain pen is trimmed in sterling silver, including Onoto’s signature clip with their cipher and chevrons, the cap finial and hood that features Jane Austen’s likeness, and the broad cap band that is engraved with her signature.

This unique and luxurious writing instrument features on its barrel Onoto’s trademark “ONOTO the PEN” and “Made in England” engravings, and is finished with a sterling silver button.

The nib on the Onoto Excel fountain pen is their Number 3, but in the case of the Jane Austen special edition, their superb 18 carat gold nib is fitted as standard. It is available in Fine, Medium or Broad but, as with all Onoto pens, if you would prefer a different shape, we can ask Onoto to hand-make you almost any nib that you would like.

This is a special edition pen, so we at Write Here do not keep them in stock, but depending on your requirements, we could ship you the the Onoto Excel Jane Austen fountain pen within the week.

Only 200 of these celebratory pens will be made.